On May 7, National Day of Prayer, Pastor Choi invites all Christians to join together in prayer on behalf of America. Humble yourself, Pray, Seek God’s face, Turn from evil ways, then God will hear, forgive our sins, and heal our land—2 Chronicles 7:14.

Today Teen Challenge from Philadelphia shares their testimonies and praises with the Manahawkin congregation.  This is part 2 of 2.

Today Teen Challenge from Philadelphia shares their testimonies and praises with the Manahawkin congregation.  This is part 1 of 2. 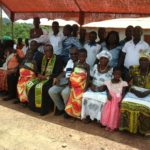 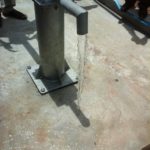 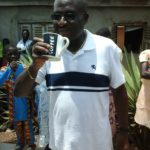 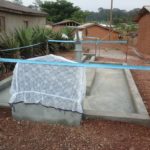 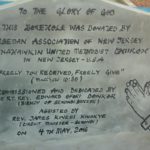 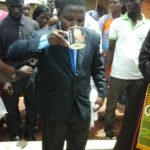 Free Washer/Dryer Service is coming to town on May 26 sponsored by Manahawkin United Methodist Church.

This year the saints at Manahawkin are participating in a Prayer Challenge using a prayer journal.  During the 40 days, each one records specific prayer requests in the journal and keeps track of the prayers: the date started, what the prayer is about, date answered and how it was answered.  Want to participate?  Click here to download the form of prayer journal and start praying.   May the Lord bless you in your daily prayers!

In loving memory of Emily Eisamann, MUMC once again sponsors blood drive at our church on Tuesday, January 4, 1-5 p.m.  We appreciate all the volunteers and donors.

The people of Manahawkin Methodist helped families who were temporarily out of their houses to feel home again. During the week of August 2-9, three families stayed with us in God’s love and care. 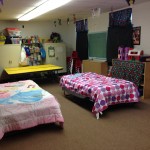 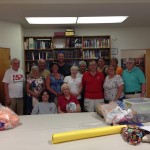 to all who made this possible

Sunday school students of the Manahawkin United Methodist Church help fight the spread of Meningitis in Africa.  Meningitis is an infection of the meninges, the thin lining that surrounds the brain and spinal cord.  Though rarely seen here in the United States, Meningitis is ravaging the child population in sub-Saharan Africa.  Each year thousands of children die from this disease and approximately 10 to 20 percent of survivors are left with permanent aftereffects such as mental retardation, deafness, epilepsy, or other neurological disorders.

The World Health Organization in partnership with PATH created the Meningitis Vaccine Project (MVP).  The mission of the MVP is to eliminate meningitis as a public health problem in sub-Saharan Africa through the development, testing, introduction, and widespread use of conjugate meningococcal vaccines.  From this partnership MenAfriVac™ was created, a vaccine to be delivered to the children in Africa.  The cost of each vaccine is around fifty cents.  It is projected that MenAfriVac™,  in sub-Saharan Africa use could prevent more than 1 million new cases of Meningitis.

Motivated by the prospects of saving lives, the students committed to try and raise $200 to donate to MVP.  Penny by penny students added to the collection.  Some students performed extra chores to gather funds, others created and sold artwork for their donation and some emptied their piggy banks.  Within three months the students raised $498, well over doubling their goal!  This donation provided just under 1000 vaccines.

For more information on MVP and how you can donate go to www.meningvax.org.

For those interested in receiving prayer from our Prayer Group please fill out our online form.

Prayer requests can be submitted during Sunday Worship as well.  Prayer Request cards are located on the back of each  pew and collected by the Ushers.